For our October Annual Conference at the Saratoga Hilton Hotel we have again conducted an art contest from which we will produce a commemorative poster. 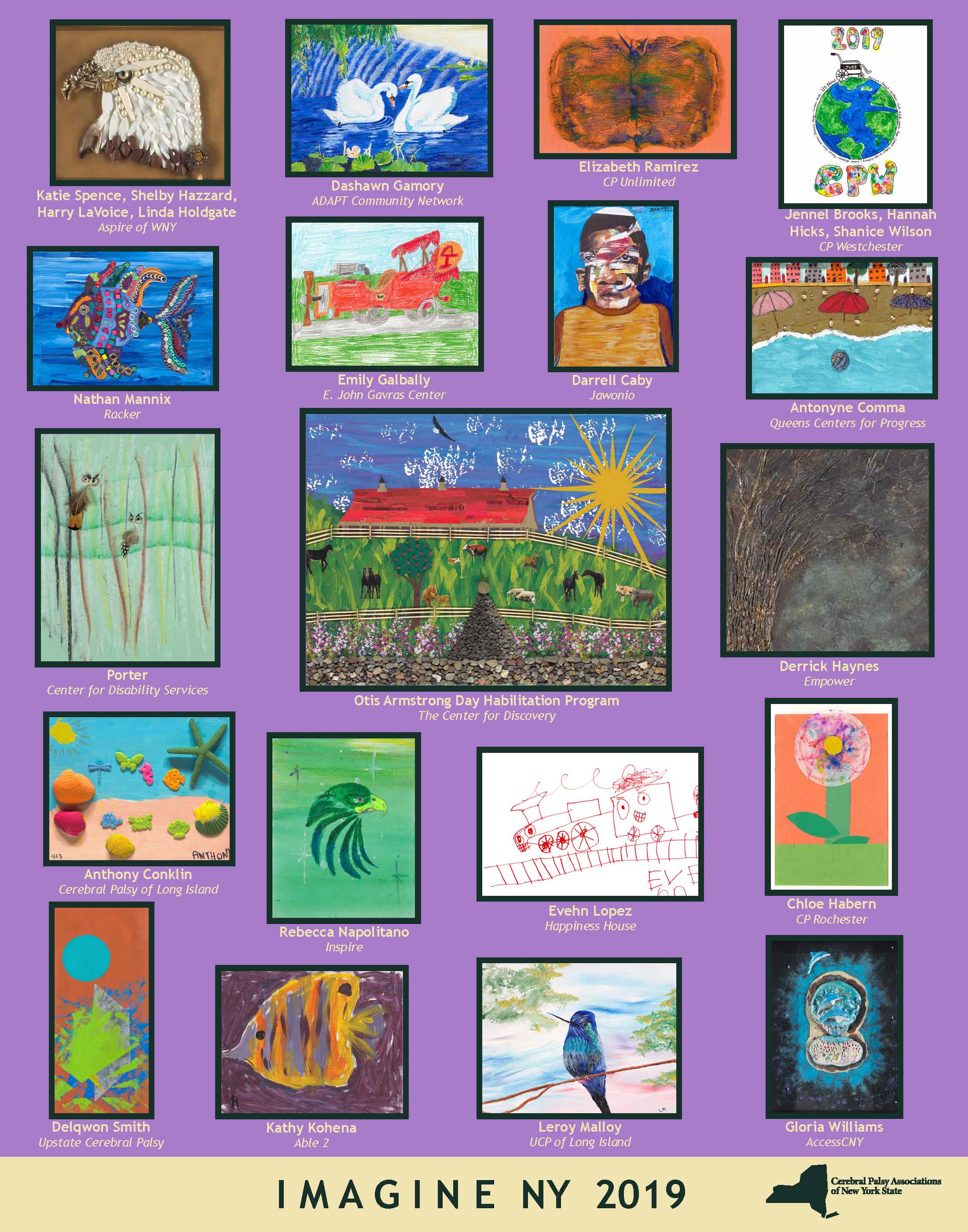 This poster features artwork by people with disabilities from CP of NYS Affiliates. We will also hold a photo contest with the photos submitted being put on display during the Conference.

A stunning work of art created by seven artists representing The Center For Discovery, has been voted the winner of the 2019 Cerebral Palsy Associations of New York State (CP of NYS) IMAGINE NY Art Contest. This is the 16th year of the contest, which highlights artwork created by people with disabilities from CP of NYS Affiliates across the state.

The winning entry, A Day On The Farm will be the centerpiece of the annual commemorative poster highlighting artwork from 18 other CP of NYS Affiliates. The winning entry was produced using paint, paper cut with adapted electric scissors, magazine strips, toothpicks, rocks, and glue.  The result is a vibrant and colorful representation of a working farm. The artists will be recognized at the organization’s Annual Conference Keynote Luncheon on Monday, October 28th at the Saratoga Hilton Hotel in downtown Saratoga Springs.

Porter, an artist from the Center For Disability Services in the Capital Region, was named first runner-up in the contest and Derrick Haynes, from Empower in Niagara County was named second runner-up in the statewide competition. 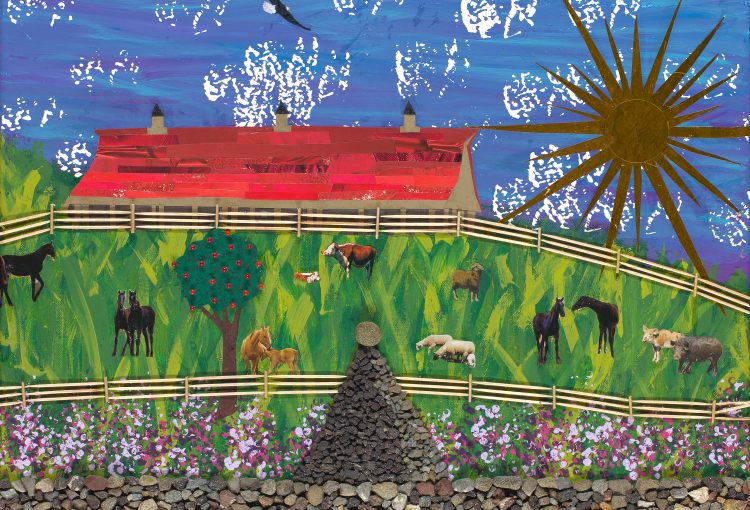 A Day On The Farm